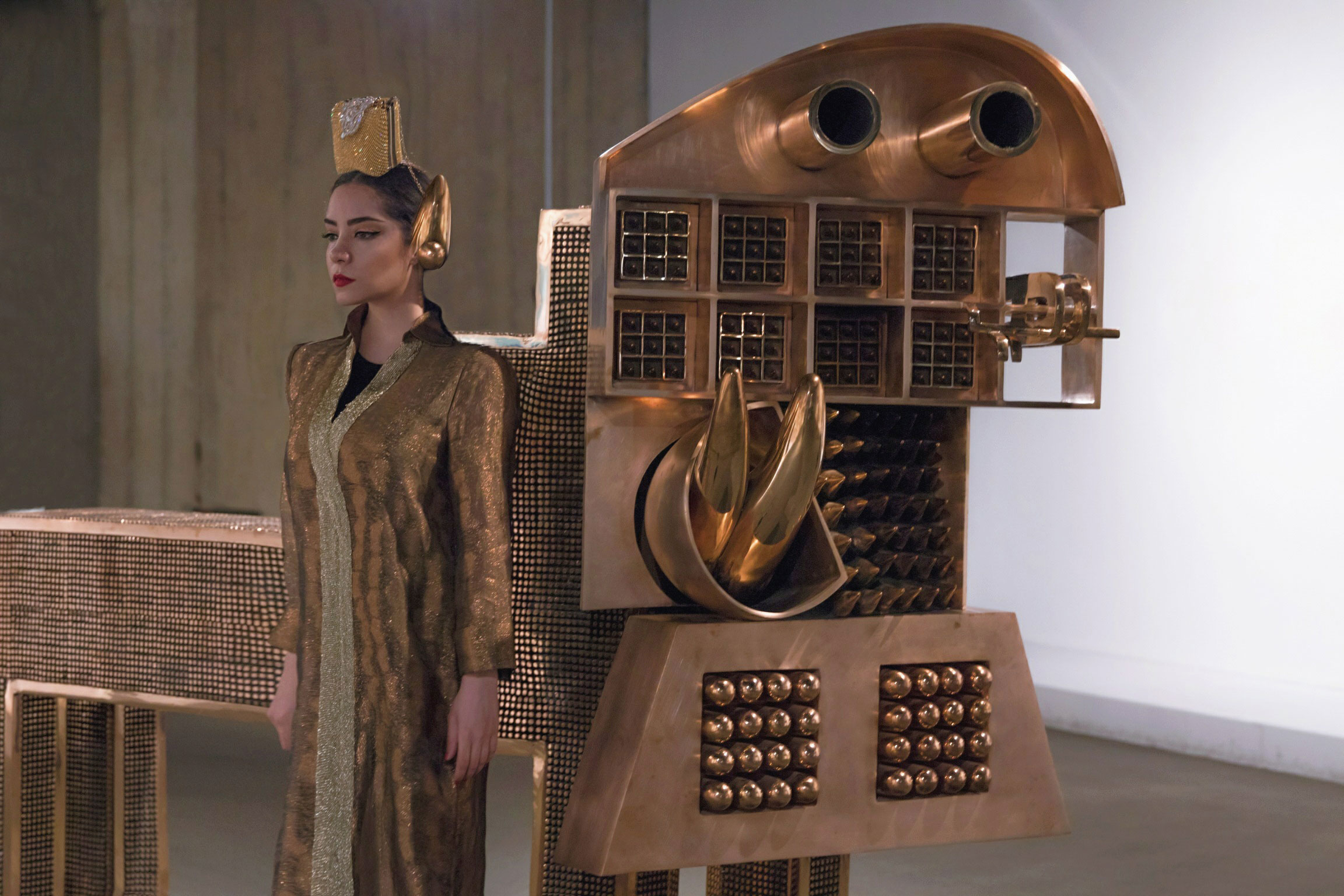 At Iranian Lion exhibition at the Tehran Museum of Contemporary Art- 2017.

I became acquainted with Melina Clade’s work in 2017 when I had my Lion exhibition at the Tehran Museum of Contemporary Art. It was during that show that Melina’s picture in front of my Lion sculptures drew my attention. They were not like other pictures taken by ordinary people. In each picture, she looked different through diverse theatrical hats and costumes. Later I learned, Melina’s passion is going to different art exhibitions and matching up herself with some of the artworks that relay to her.

Although I like Melina’s photographs, I also wonder to which one of the art movements do they belong. Can they be considered as “performance art”? Or should we look at them as “body art”?
Performance art is usually performed to an audience, either carefully planned or spontaneously orchestrated. Melina’s pictures, although are spontaneously made, they are not planned for any audience.

On other hand, although these pictures are all about Melina’s own figure, truly they do not fit in the category of body art movement. The most common characteristic of body art is dealing directly with the naked body, including tattoos, body piercing, and body painting.

Is it really important to relate Melina’s pictures current movement? Or why can’t they be seen as the expression of a passionate person trying to relate herself to the art of other people?